Updates from the Chairman 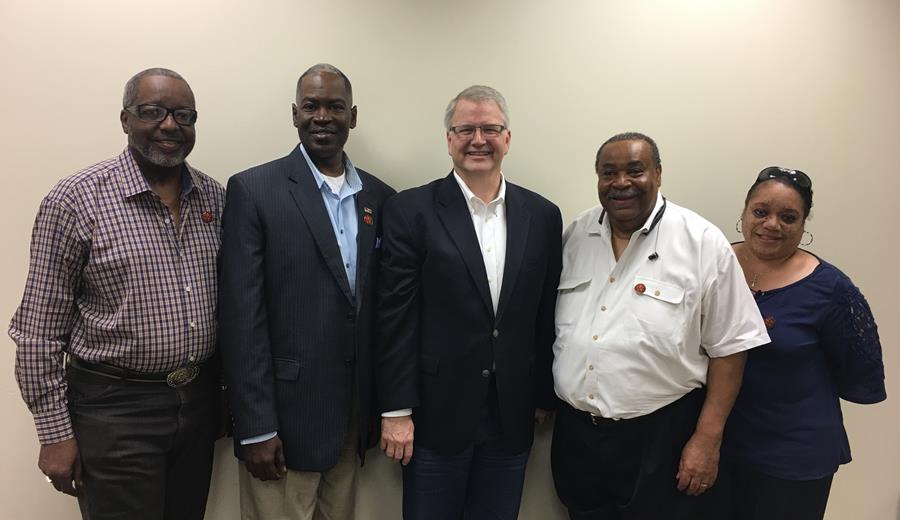 This Saturday, grassroots Republicans all over Texas will gather in their home counties to adopt resolutions for our platform, priorities, and rules and to elect delegates to the State Convention. I hope that you are a part of this process! If you have not yet become involved with the convention process, it’s not too late to get started. Please see the “Party News” section for details.

I had the pleasure of meeting with the Texas Federation of Republican Outreach (TFRO) Chairman Bill Calhoun, Vice Chairman Gene Pack and Executive Director Mona Lisa Chambers. Without a doubt the highlight of the meeting was welcoming party switcher and Waller County Commissioner for Precinct 3 Jeron Barnett to the Republican Party of Texas. Commissioner Barnett’s story of coming to realize that being a member of the Republican Party was key to his ability to provide better opportunities and leadership for his community and constituents was encouraging and enlightening. I thank TFRO for all their efforts and accomplishments over the past 25 years and look forward to seeing Commissioner Barnett again soon.

Orange county held their first-ever Reagan Gala this year – an incredible sign of just how far they’ve come and how much their spirit could not be broken in spite of the devastation of Hurricane Harvey just six months ago. I was honored to join Governor Greg Abbott, Senator Robert Nichols, Representative Dade Phelan, SREC Committee members Judy Parada and Terry Holcomb, and numerous current and former county chairs to celebrate their tremendous accomplishments over this time. My congratulations to Orange County Chair David Covey and appreciation to him for the invitation and for his leadership in Southeast Texas.

Report from the Field

Mark Irey, Harris County Regional Field Director, reports that a brand new group of Republican Leadership Engagement fellows from Pearland have been trained up and are ready to hit the ground for the 2018 general election!

Matt Desguin, a native Houstonian, has joined the field team to work closely with Mark. Matt previously worked for the RPT during the 2016 Victory program. He is a proud graduate of the University of Houston and we are excited to have him on board.

Rommel Lopez, CD-23 Regional Field Director, led at a house party with conservative leaders in Eagle Pass to help grow our conservative base, and conducted an RLI training in Bexar County.

Joel James, DFW Regional Field Director, participated in the County Council of Republican Women and the Irving Republican Women’s Club meetings, updating them on field work in the area and helping them to use the Advantage walk app.

We’ve hired an additional staff member to help Joel in the metroplex. Matt Dunn is finishing up his studies at Dallas Baptist University where he is on the lacrosse team. For the last several months he worked closely with Joel as a Republican Leadership Initiative fellow, focusing on voter contact and recruitment. welcome to the team! 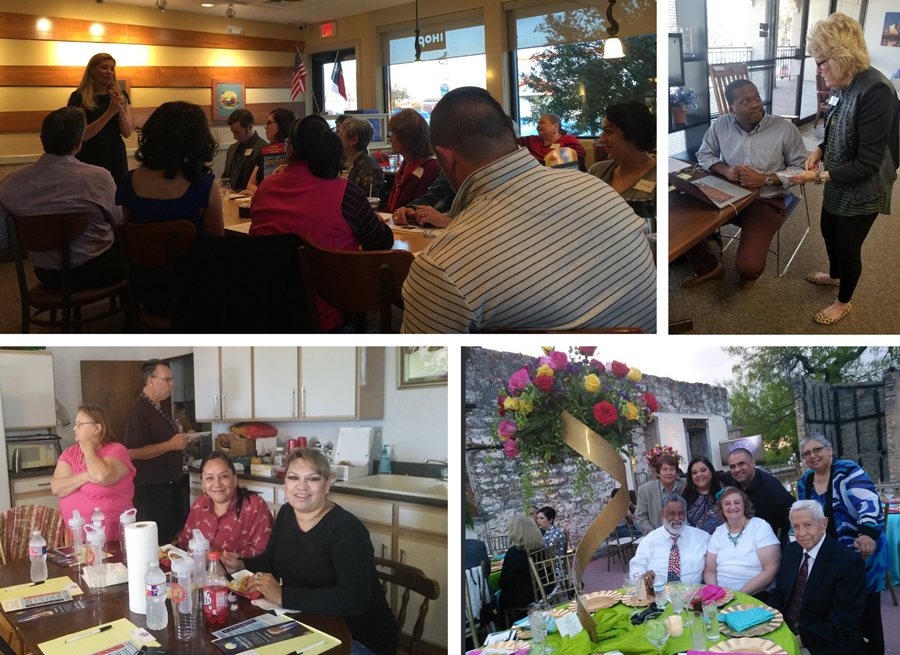 As always, the RPT headquarters is buzzing with activity as we wrap up primary election results, provide delegate training, walk county chairs through preparation for the county/SD conventions, and prepare for our upcoming SREC meeting! Here are some notes and resources:

We’ve had many people ask if it’s possible to be a delegate to state convention even if they missed their lower-level conventions. The answer is YES! Here’s the explanation:

There are several things you can do to help promote yourself to be elected as a State Convention delegate by your county or SD convention.

Second, especially if you missed the Temporary meeting, attend the Permanent Nominations Committee meeting on March 24th during the County/SD convention and let them know you’d like to serve as a State Convention delegate. This committee receives a report from the Temporary committee and then gives the full convention a recommendation of who should represent them at state convention.

Third, if your name doesn’t end up on the report from the Permanent Nominations Committee, any delegate at the county/SD committee can make a motion to add your name to the list (if it’s full, they’ll need to make a motion to strike someone in order to add you). If you’re a delegate at county/SD, you can make this motion yourself. If the delegate list is full, you can be added to the alternate list. Don’t worry if you’re “only an alternate” — most likely, you will still get seated and be able to participate in important votes at State Convention.

Thank you for your participation in our party. You, the grassroots Texas Republicans, are vital to our success.