With less than 30 days until the midterm election, the Republican Party of Texas has received numerous reports of mailers from Planned Parenthood and other groups asking people to register to vote that are deceased. In one notable example from Harris County, the mailer was addressed to an individual who has been deceased for over 11 years.

Republican Party of Texas Chairman said “Voter fraud is real and it happens in Texas. The Republican Party of Texas has invested over a million dollars in election integrity for the 2022 cycle to root out and stop voter fraud. We have trained and placed thousands of poll watchers and election workers all over Texas to ensure Texans have the free and fair election they deserve. Efforts by far-left radical groups like Planned Parenthood that encourage illegal activity will fail.”

According to Chapter 16 of the Texas Election Code, the Secretary of State is mandated to keep a list of persons, composed from various federal, state, and local lists, of individuals who are ineligible to register to vote because they are deceased. Under Texas Election Code section 276.013 it is considered election fraud, and a misdemeanor offense to register under false pretenses or vote for a deceased person. This penalty was lowered from a felony during the last legislative session, and the Republican Party of Texas has made it an official Legislative Priority to restore the felony penalty for election fraud.

One example from Harris County was addressed to “W K Hoffman Jr” and the Republican Party of Texas was able to verify Mr. Hoffman passed in February of 2011.

If you or someone you know has received mailers like this, please send pictures and other evidence to press@texasgop.org. 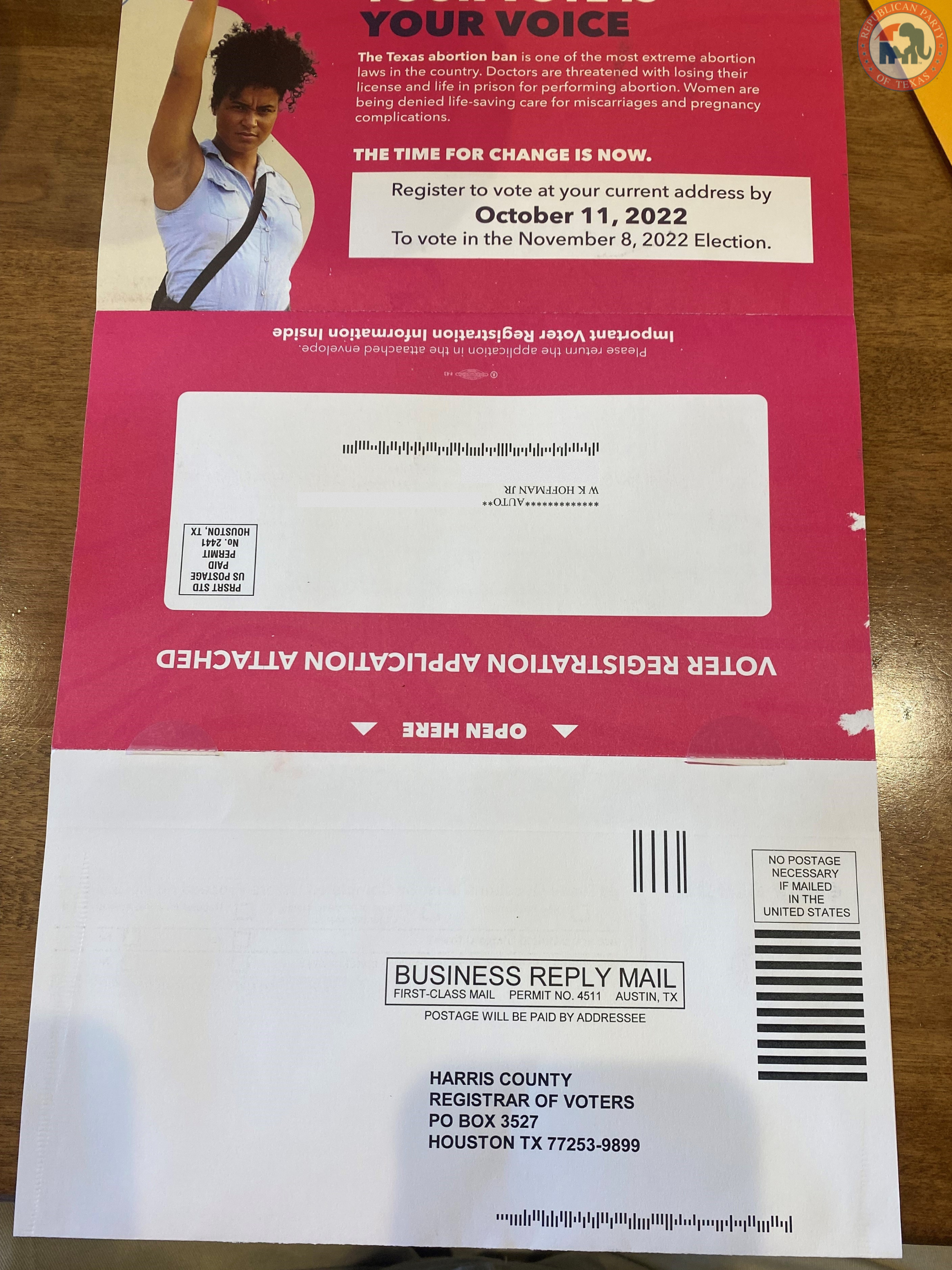 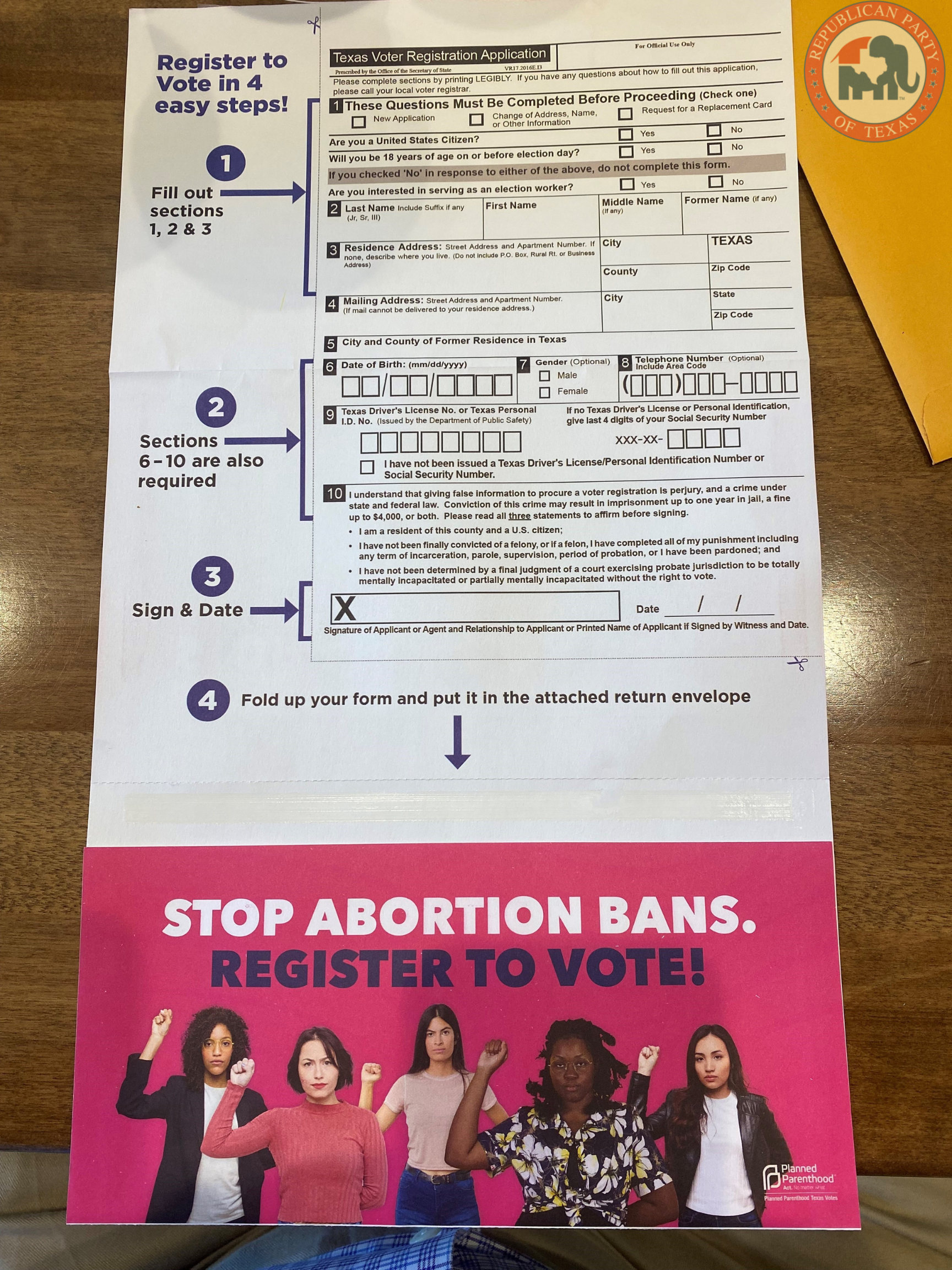 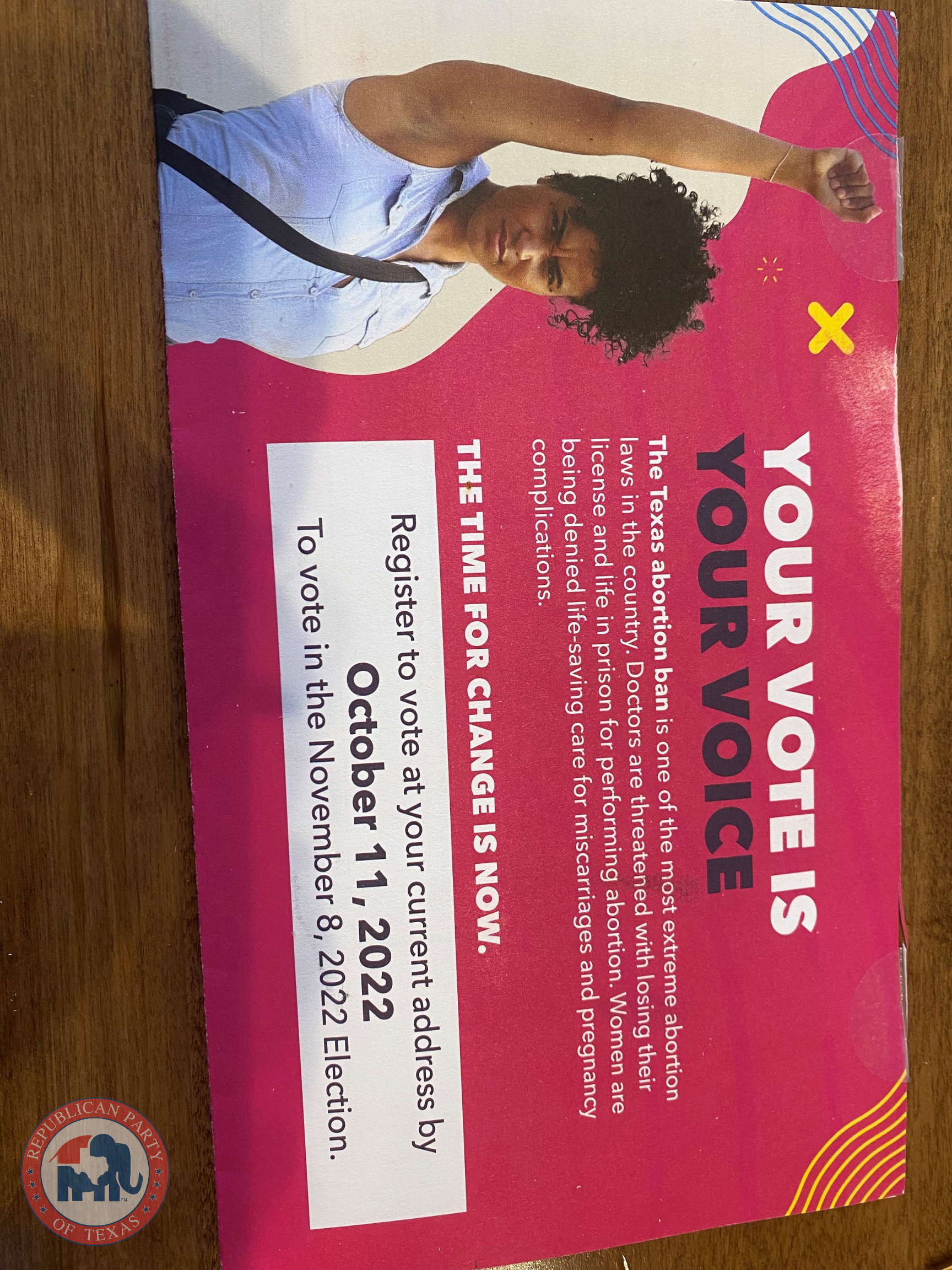