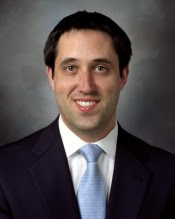 In last Tuesday’s primary election, Senator Glenn Hegar narrowly missed winning the nomination for Comptroller by a razor thin margin, with 49.99% of the vote, forcing a potential runoff election with Rep. Harvey Hilderbran.  On Friday afternoon, Rep. Hilderbran graciously announced his withdrawal from the run-off election and today he filed the paperwork to make that announcement official.

Upon learning of the development that there would be no run off or recount, Chairman Munisteri made the following statement:

“I applaud Rep. Hilderbran for putting the interest of the overall party ahead of his own.  His withdrawal will save Republican contributors millions of dollars that can no doubt be more appropriately directed towards the fall.  I know this must have been a difficult decision but this action is a testament to his character.  I also would like to congratulate State Senator Hegar on being our nominee. Comptroller is an extremely important post and the RPT looks forward to working with the Hegar team to ensuring his election in the fall.”

Republican State Senator Glenn Hegar brings an unmatched conservative record and years of fiscal experience to the race for Texas Comptroller. He is the youngest member of the Texas Senate and a sixth generation Texan who has a proven track record of fighting for conservative principles. To learn more about Senator Hegar, please visit http://www.glennhegar.com/meet-glenn-hegar.