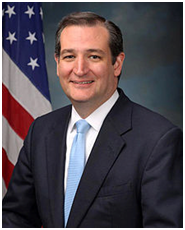 On Tuesday night, Senator Ted Cruz joined a tele-townhall held exclusively for members of the Grassroots Club (GRC).  Over 400 participants joined the nearly hour long discussion in which Sen. Cruz fielded questions directly from grassroots activists.  RPT Chairman Steve Munisteri began the call by introducing Sen. Cruz.  “I can’t think of a more prominent national leader or a bigger rock star in our party than Senator Cruz.  Over the last month, I have seen Senator Cruz at Reagan-Lincoln Day Dinner after Reagan-Lincoln Day Dinner helping build our party, helping build our county coffers, and tonight he’s helping the state party.  There are a lot of folks that go to Washington and forget about the people that put them there. They forget about the grassroots and forget about the party, but Senator Cruz has done none of that.  He remembers the grassroots.  He’s helping the party and we owe him a big debt of gratitude for his service as well as his support.”

Before taking questions from participants, Sen. Cruz opened with brief remarks, observing that the challenges in this county have never been greater.  Senator Cruz stated his belief that the path to bringing this country back from the fiscal and economic cliff is straight forward: We must return to the free market principles and the Constitutional liberties that have been the foundation of this great nation.  He also expressed his optimism that we can once again restore ‘Morning in America’.

During his question and answer session with GRC members, Sen. Cruz addressed a number of topics including Obamacare, our exploding national debt, protecting Veteran’s benefits, and unifying the Republican Party in an effort to defeat Democrats in November.  Senator Cruz also provided a detailed account of the recent debt ceiling vote including a behind the scenes vantage point of the negotiations in Washington.  The call concluded with Senator Cruz thanking participants and once again expressing optimism about the future of the United States.

The Grassroots Clubs is the RPT’s sustaining membership club. For only $8.25/month, or $99/year, members support the RPT by helping to cover administrative expenses, allowing more of our major donor money to directly support candidates. In exchange, GRC members are removed from RPT direct marketing efforts, which means no phone calls or fundraising mail. As an added benefit, members are invited to exclusive GRC events, such as last weeks call with Senator Cruz and members’ only events at state convention. In addition, GRC members will be given an opportunity to book hotel rooms early for state convention. To join the GRC, please click here.